HUNTING FOR THE NEW LNG SITE
The EIIR Canada "divide and conquer" is a traditional military strategy that remains in place since the Charles II Royal Proclamation of the Hudson's Bay Company Charter in 1670  as an evident festering carcass within the Original Peoples governance. And, it is time for true redemption for Canoe Peoples.

The legacies of the European colonization of Turtle Island North has left those historical fabrics of custom and tradition at odds with the imposition of the AANDC reserve designations; and, therein, Consecutively Settled Sovereign Peoples (CSSP) remain disenfranchised of the most valuable real estate in the world.

The Guide to CSSP declarations and governance provides pathways; through which custom and tradition can thrive in the bundling of governance strategies with the imposed AANDC elected Chiefs and Councils.

Canadian courts continue to struggle with the fact that the HBC Charter became null and void before 1697. And, in fact, the HBC Charter only provided for exploration to establish trade and commerce; not ever to seize and claim lands. In consequence ,  the apparent nation-to-nation treaties across "Canada" do not appear to possess legal validity - either, through the lens of customary laws; nor, within the parameters of the international doctrines and conventions of "Free, Prior, Informed Consent".
Huy'Ch'Qu'
Respectfully
SHQWI'QWAL YUXWULETUN
Ralph Charles Goodwin
CSSP
Ambassador-at-Large
Chancellor of Laws Great Turtle Island Federation
&
Associates
1.250.709.1809
Century XXII Sustainable Survival Economics Options
Including
INTERNATIONAL MEDICAL TOURISM 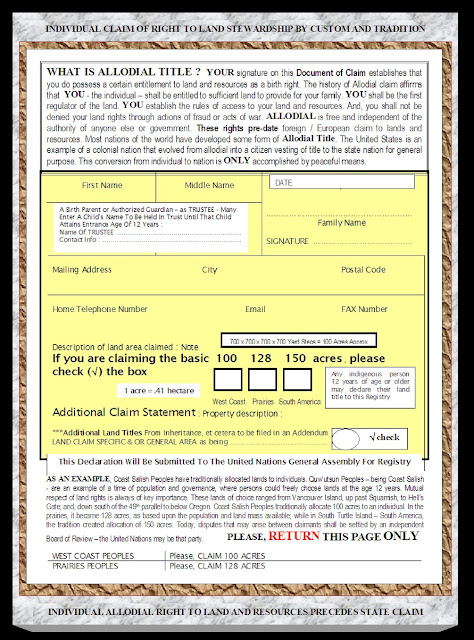 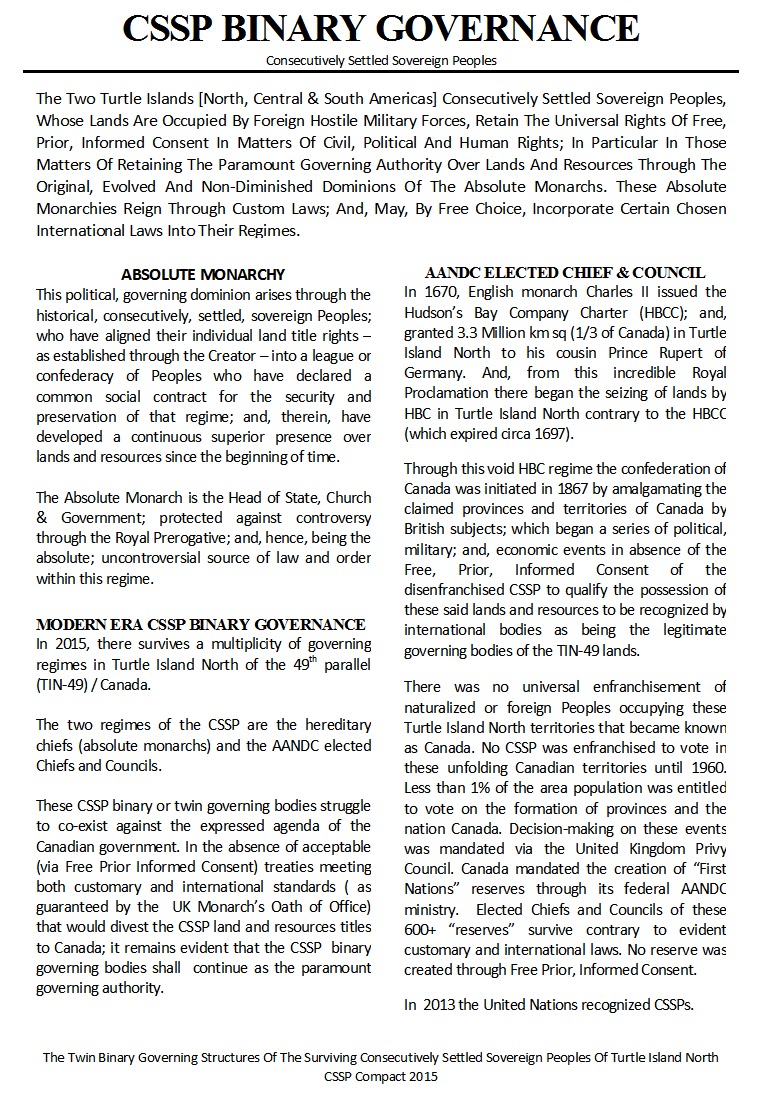 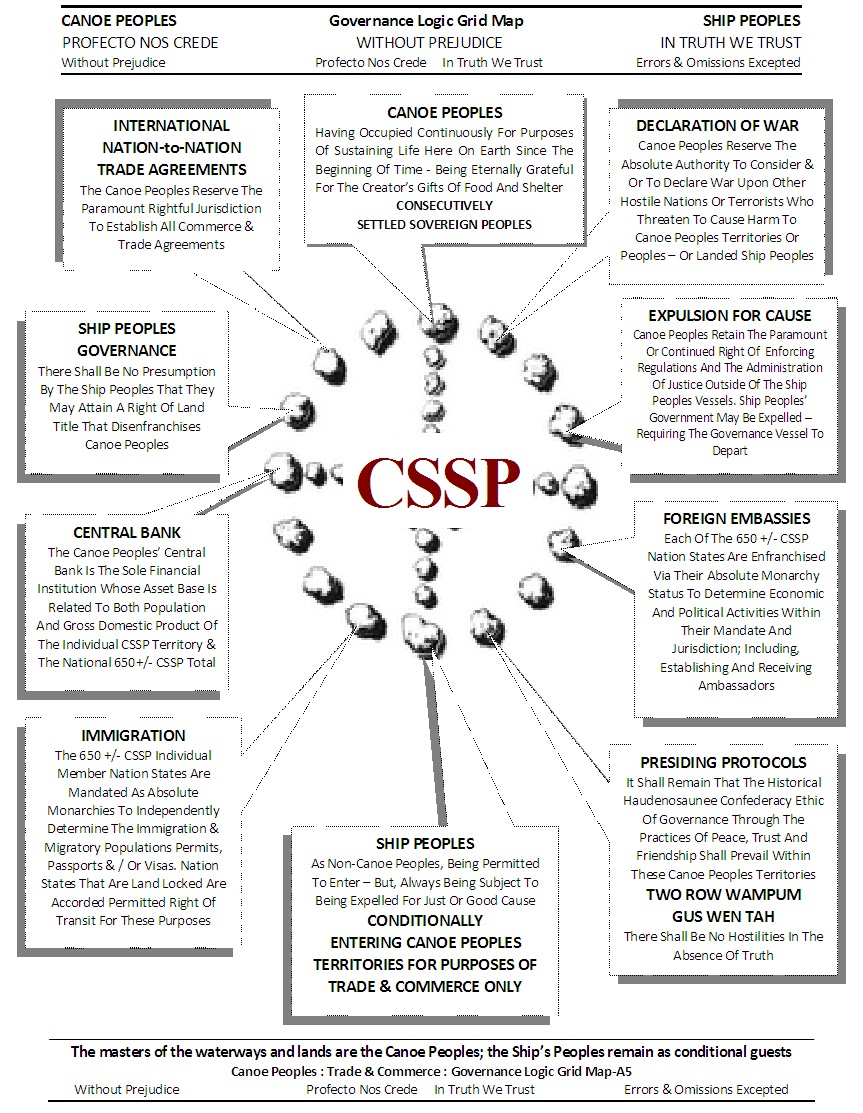 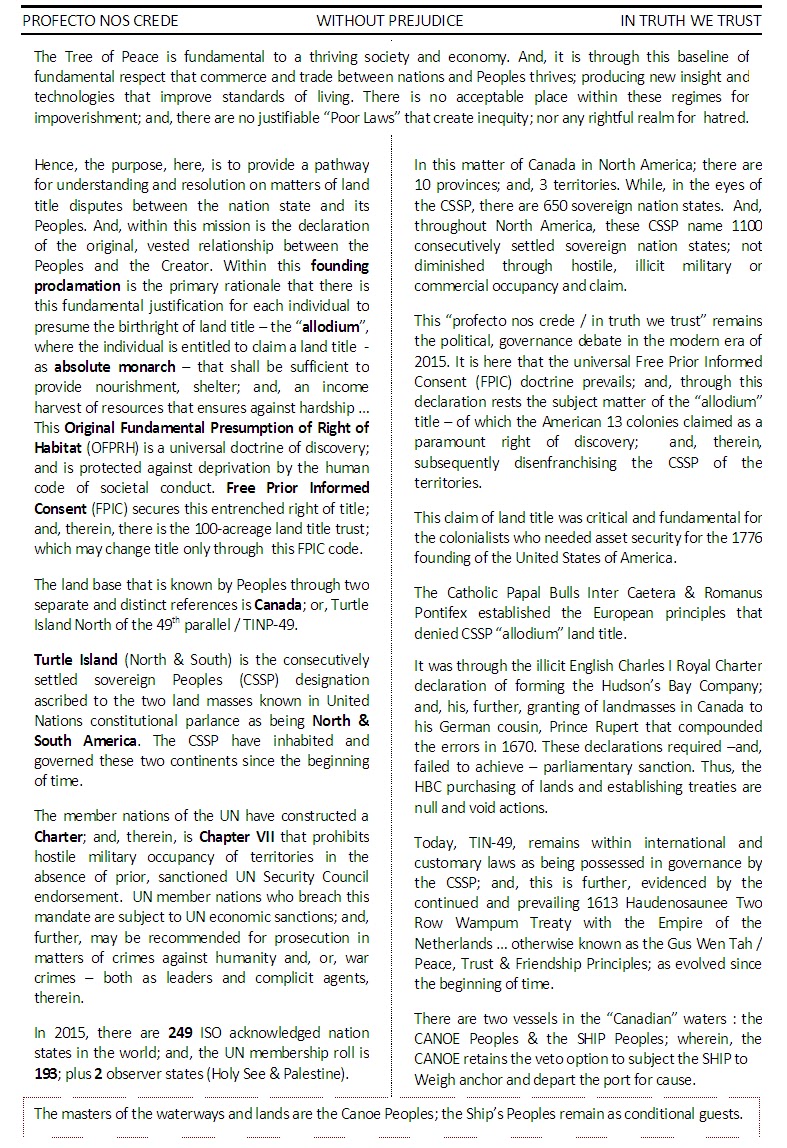 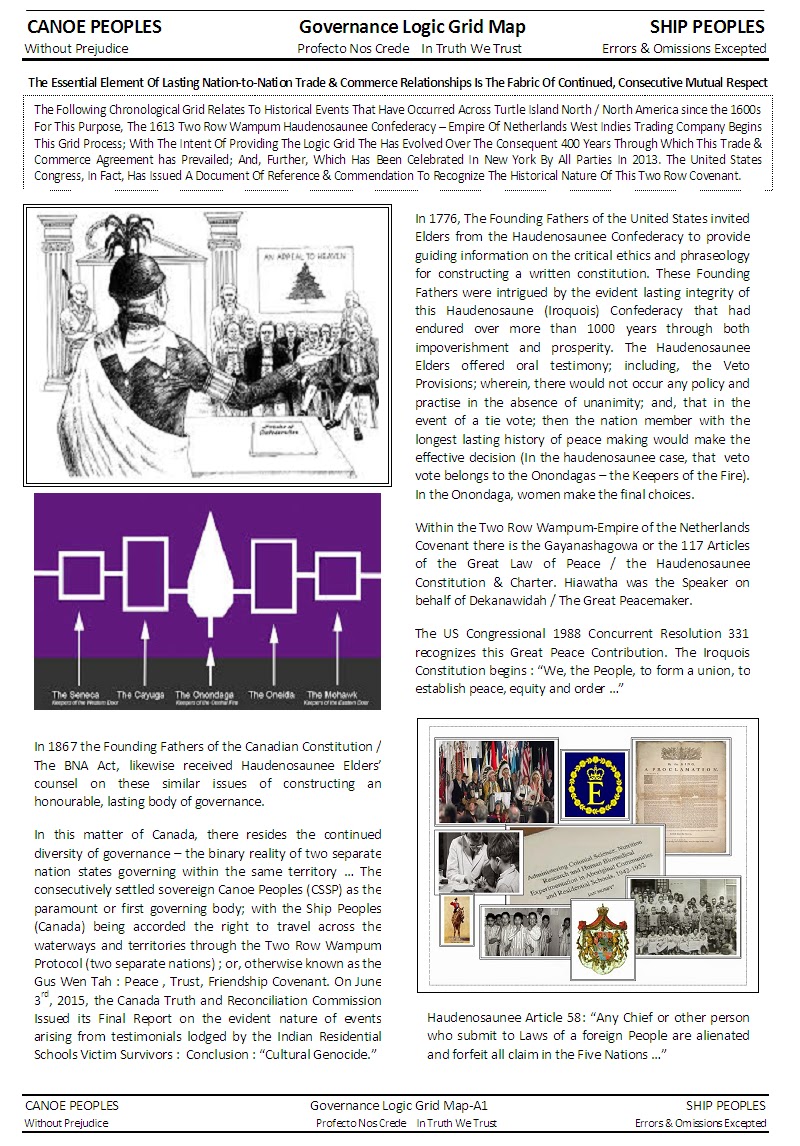 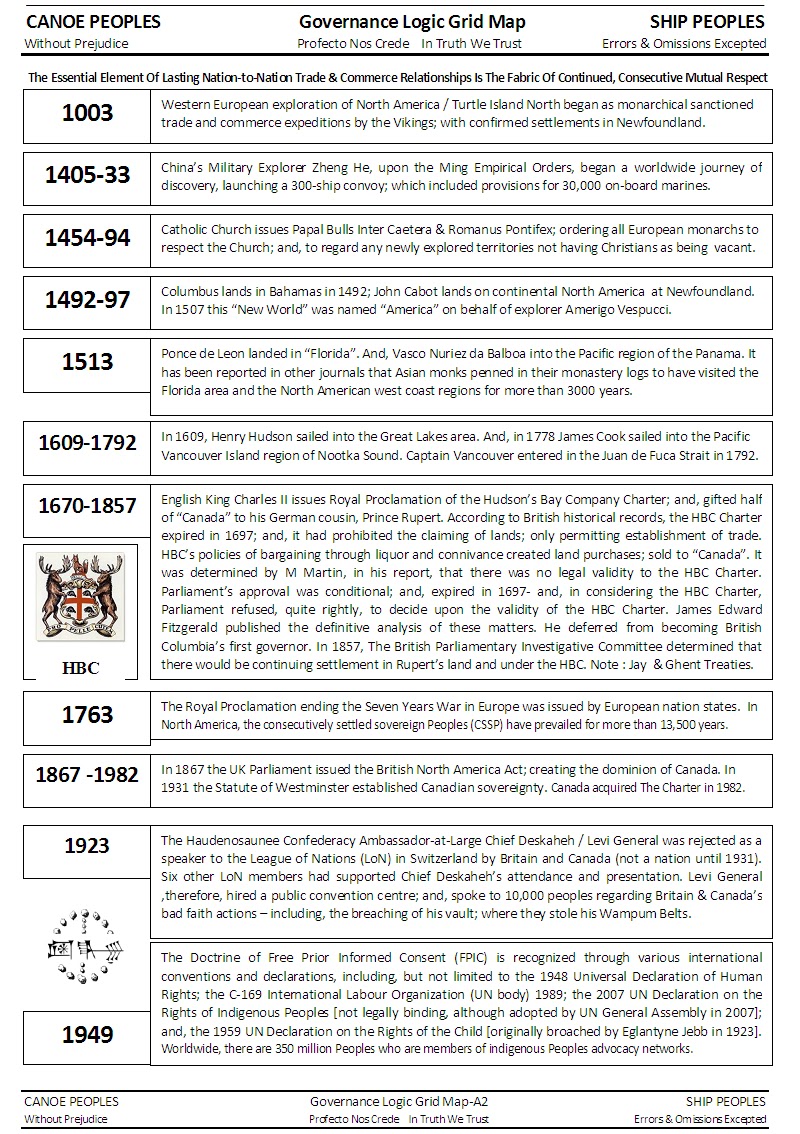 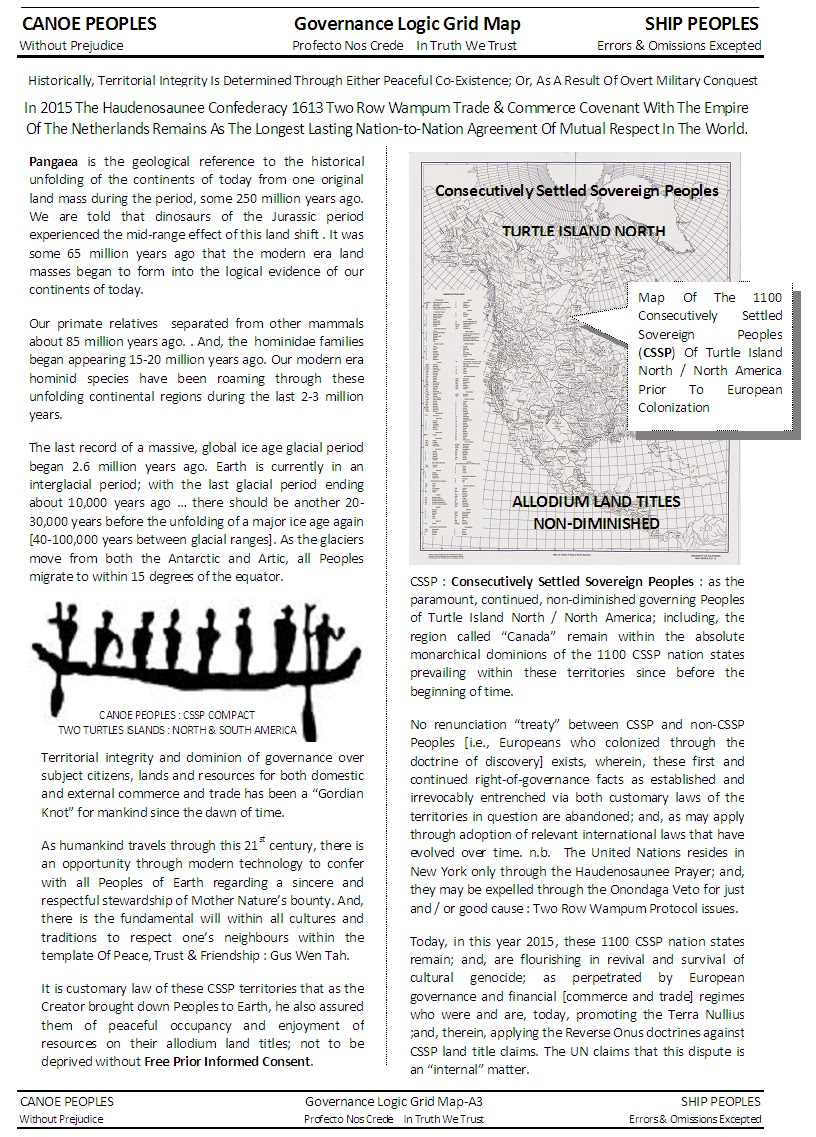 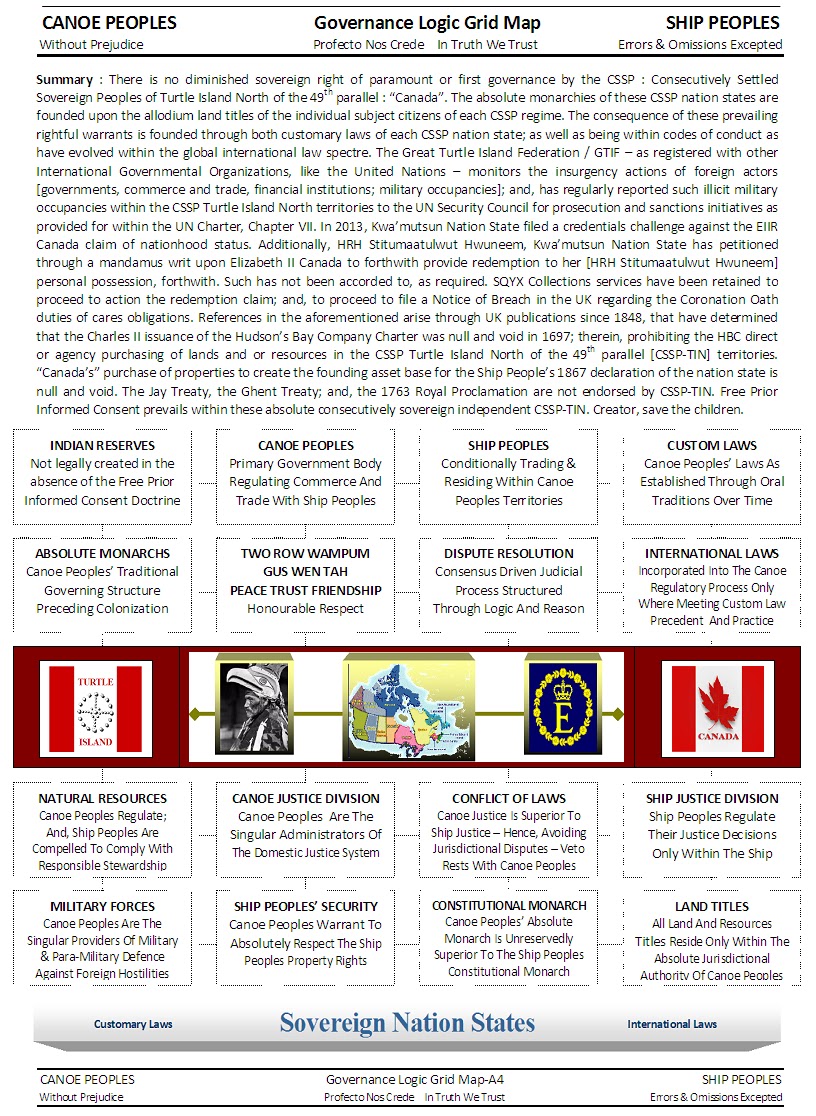 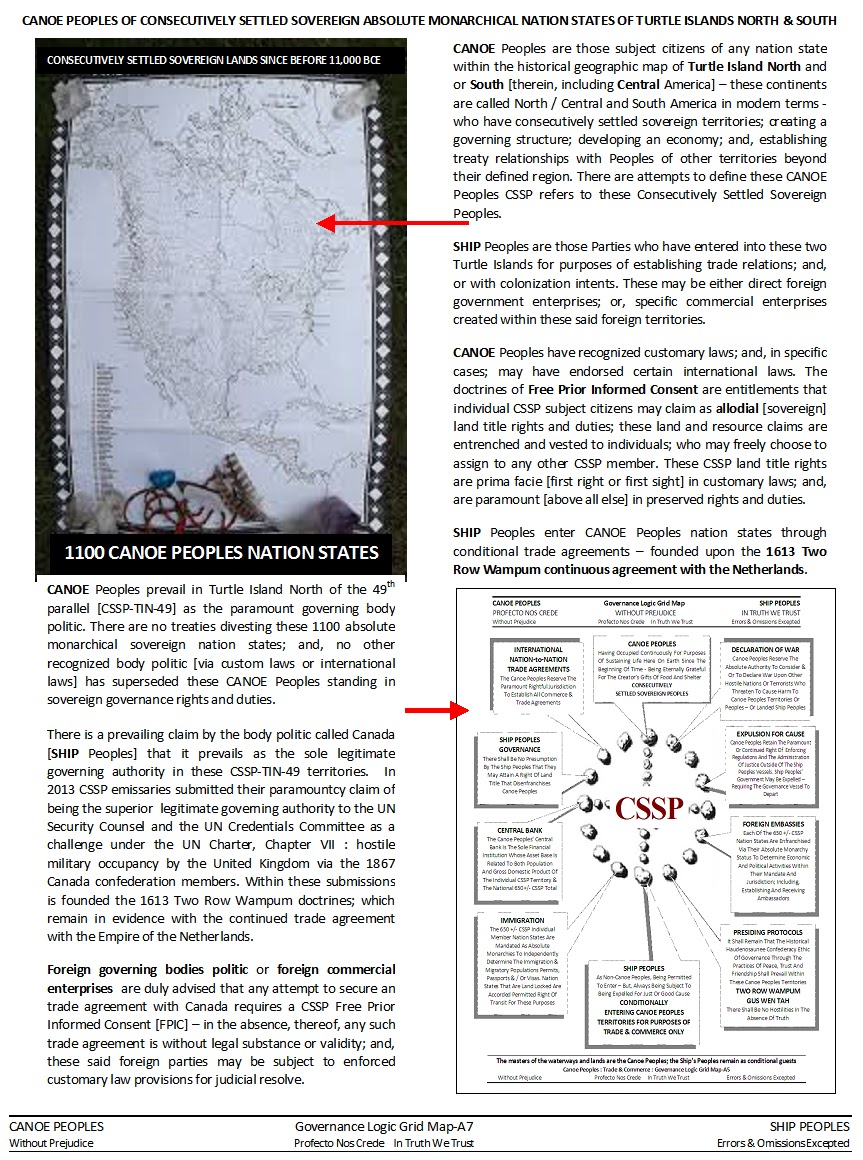 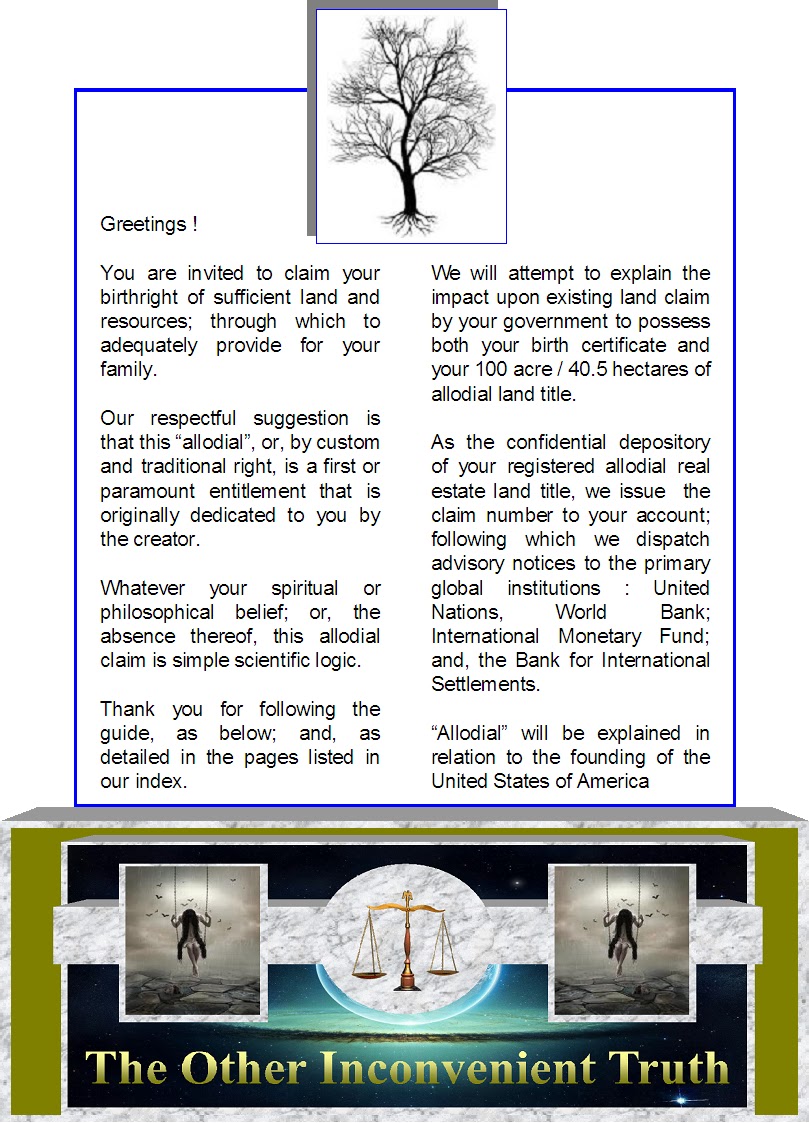 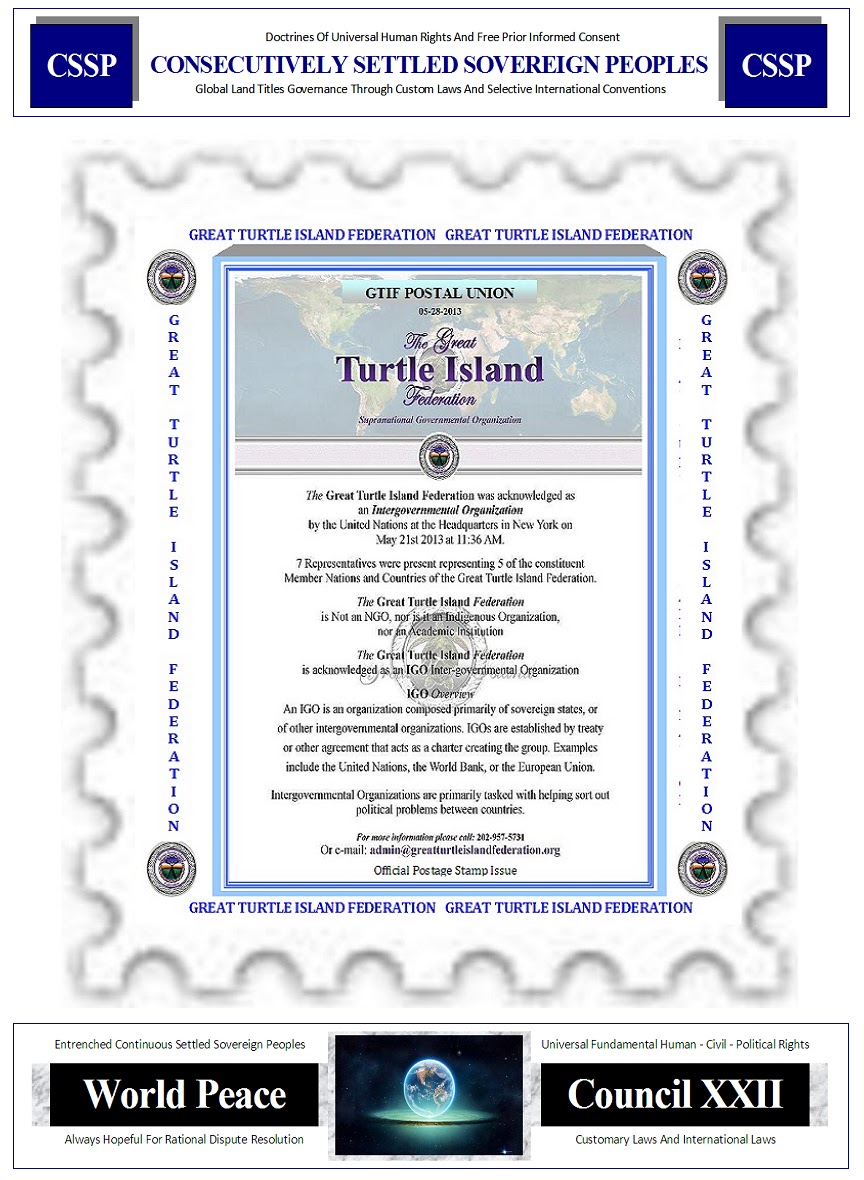 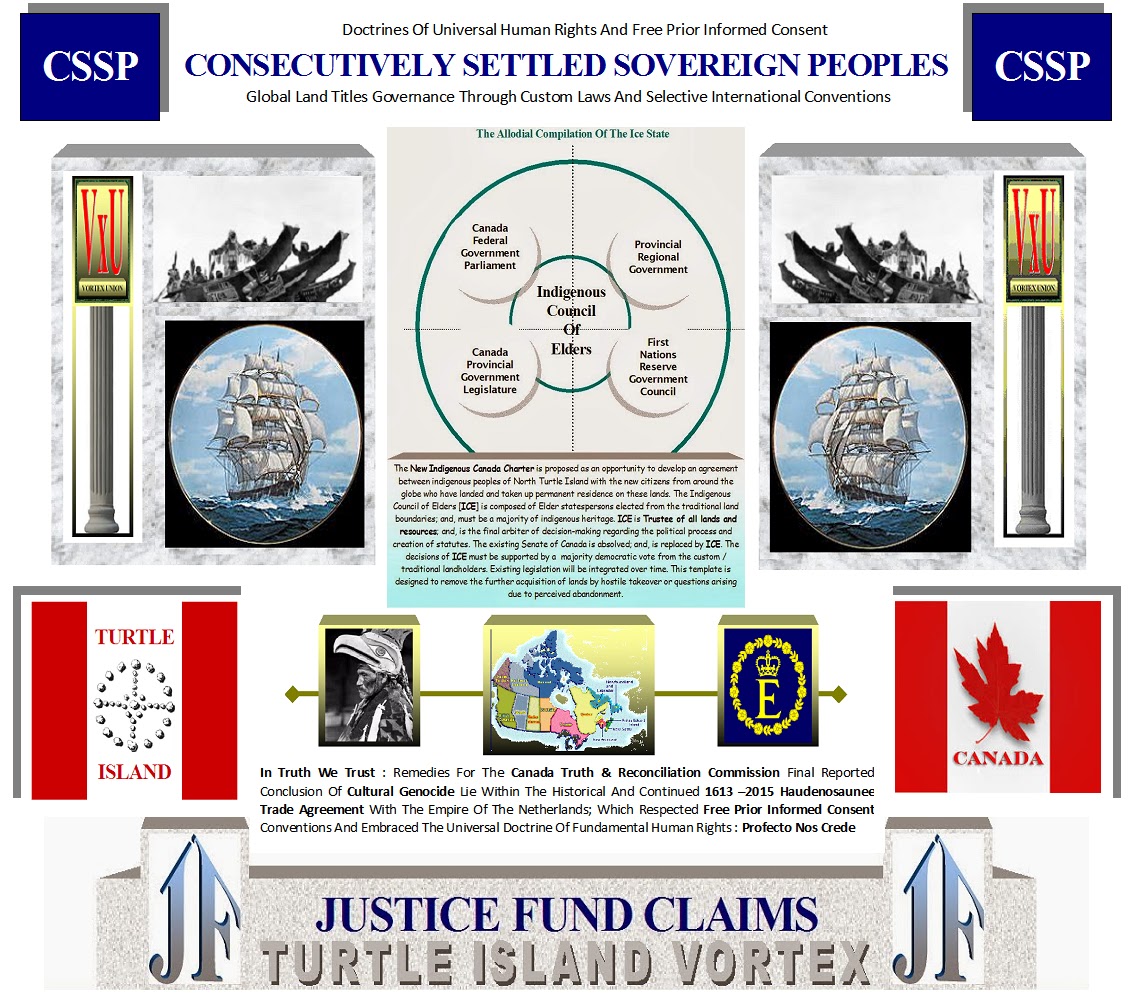 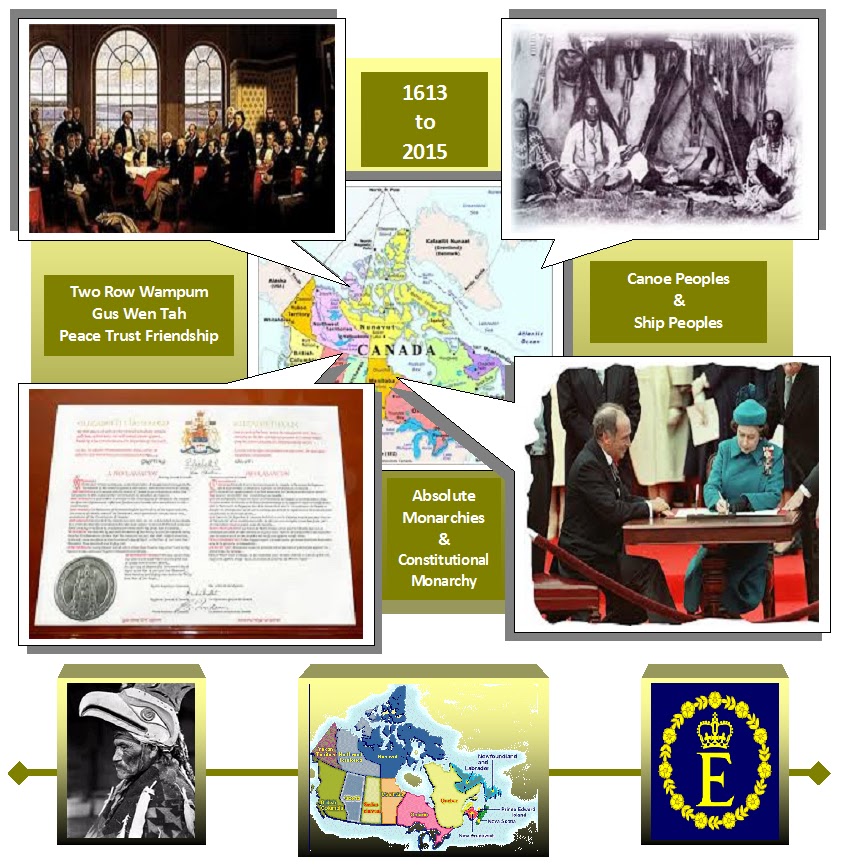 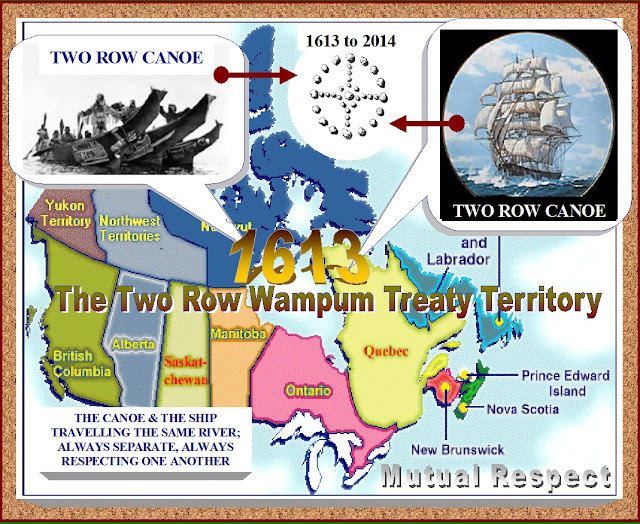 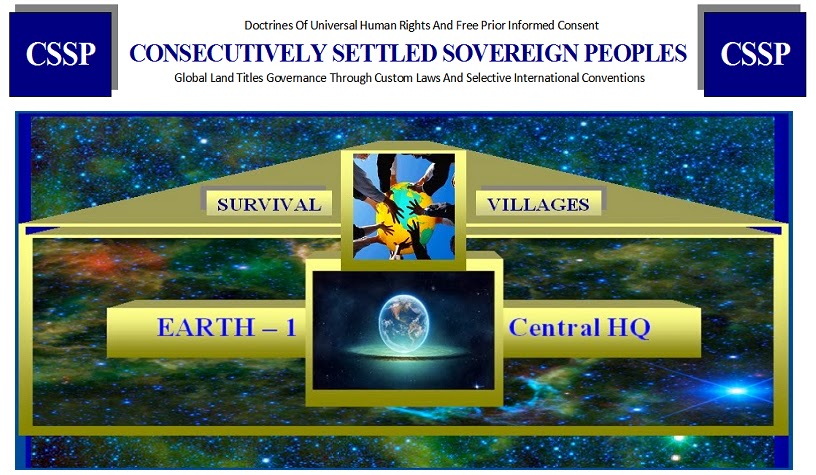